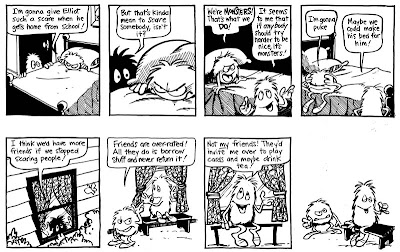 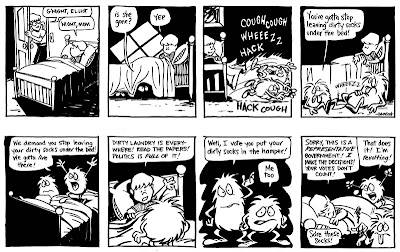 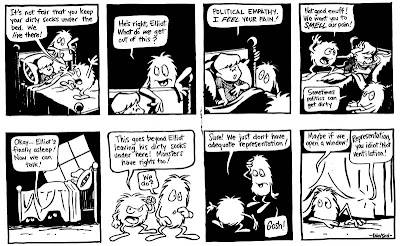 This is a comic strip that I worked on for a while but never did anything with. I believe I did it before I got the idea for Spooner... so this would make it around 1997. I think it could have been fun, but would have been too limiting... and the writing was a little too forced anyways.
This was before I learned to ink with a Hunt pen or brush, so that means it was probably done with a Sharpie. Yikes! It's also before I ever heard about scanners, and when I thought that comic strips should be drawn Big, like the old photos I've seen of Charles Schulz drawing Peanuts. So these were drawn 15" wide. Don't even ask what kind of paper they're drawn on.
Posted by Ted Dawson