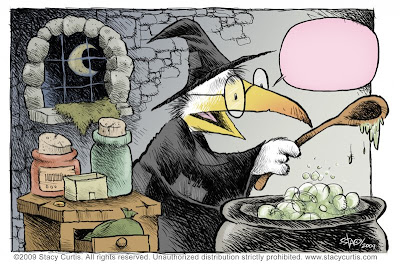 Here's one panel from a project I'm working on.
Sorry about the empty word balloon. 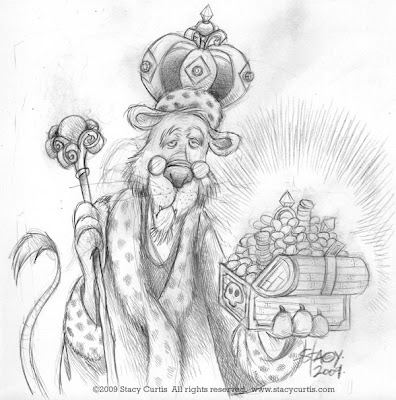 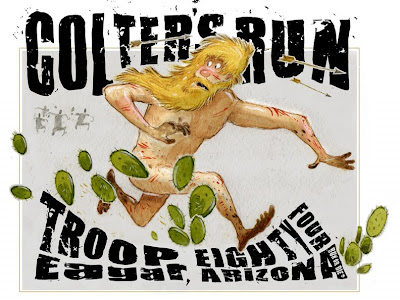 A t-shirt for a crazy scouting event. Colter was a mountain man who was stripped naked by Indian braves and allowed a head start to run for his life. Dude turned out to be pretty fast.
Posted by Wes 2 comments 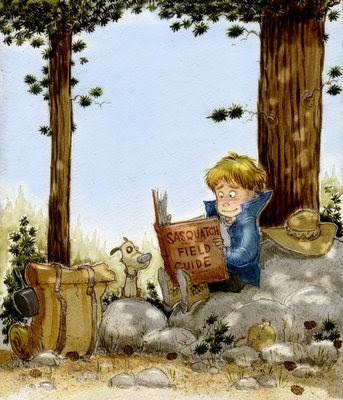 I regret not putting some red little flowers around the rocks.
Posted by Wes 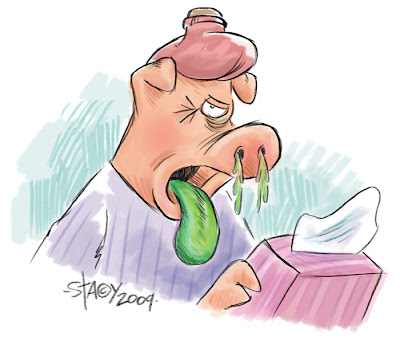 I guess that's what I get for drawing all those pigs lately.
Posted by Stacy Curtis 2 comments 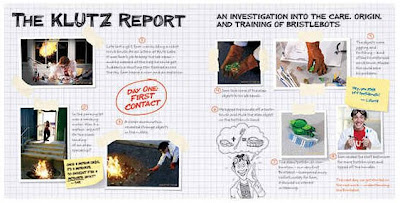 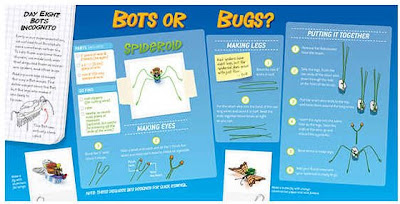 Here's a book that I had a hand in illustrating, "Invasion of the Bristlebots."
It was a fun job from KLUTZ.
The artwork I did for this book is nothing like I have done before, I played the role of KLUTZ Scientist Sam, my finished illustrations were actually Sam's notes! Very loose and very, very fun to draw!

Invasion of the BristleBots comes with two mini-robots — basically motorized toothbrush heads. These guys zoom around like caffeinated cockroaches, spinning, skittering, and bouncing off walls. Resistance is futile.

Check out this book and play with the BristleBots! You can find these on Amazon.com and the KLUTZ web site!
Posted by Stacy Curtis 0 comments

A possible postcard to send out. 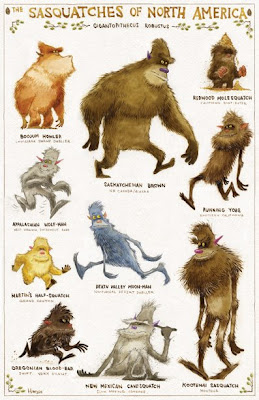 I usually go with overnightprints.com and order about 250.  It costs around 70 - 80 bucks. Mailing these is around 40 cents, but you just can't beat the flexibility with who see's it.
Wes
Posted by Wes 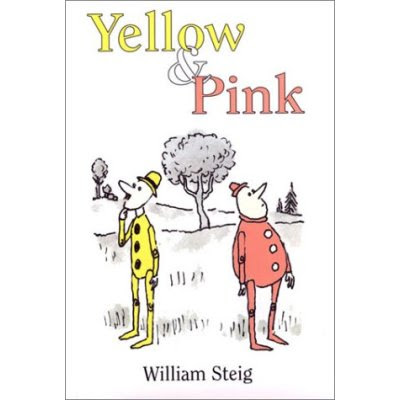 LOL: At how William Steig’s Yellow & Pink has fershtipled the brain of New York Times book editor Gregory Cowles. Steig, late author of Shrek, Sylvester and the Magic Pebble, and other children’s classics, would be having a chuckle, no doubt, were he here to read that his story, published in 1984, is interpreted as a creationist’s fable.
In Yellow & Pink, as Cowles describes in his April 14 posting for the Times’ books blog Paper Cuts, two carved figures awaken in a field and start...
Full Article
Posted by Ted Dawson 0 comments

I was researching the latest paper to run Max Weaver's Grubbs comic strip, the Garhwal Post in India, and ran across the story below.

We've grown pretty lacadaisical about newspapers in the United States, both on the readership end and the publisher side. We all seem to have forgotten what newspapers can deliver that other media can't, and worse, why they should.

In many other parts of the world, newspapers are thriving, and where they are not thriving, their need is recognized. As an example, the Garhwal Post is the only English-language paper in Uttarakhand. This story reminds us that Whoever controls the media can in many ways control the People, because we can only make decisions based on the information we have access to.

DEHRADUN, 1 Oct: As many as 15 youths, reportedly on the way back from the launch party of a newspaper, manhandled employees of Garhwal Post who were pasting promotional banners on Tuesday night. Youths manhandled employees, put a bundle of flex banners on fire, and pulled down some GP hoardings. Manohar, an employee of Garhwal Post, was supervising two other hired employees in the putting up of banners at Behl Chowk on Rajpur Road at around 1:30 a.m. Inebriated youths who were on motorcycles stopped them from doing so and manhandled them before snatching the banners. They youths even threatened the employees that their bicycles would be set on fire if they continued to put up the banners.The youths then asked them where they had put similar banners and proceeded towards Clock Tower. When Garhwal Post people inspected the area, they found that banners and hoardings had been pulled down from many places including the Clock Tower, Gandhi Road and Chakrata Road. A complaint has been lodged with Dalanwala Police in this regard. Senior police officials were also immediately informed.
The youth are believed to be working in a national English Daily launched few days back.

This is a cute little trailer for the book "Jackson and Bud's Bumpy Ride" written by Liz Koheler-Pentacoff and drawn by yours truly.   It shows a few of my favorite scenes and represents the book quite nicely. Please check it out!
Wes
Posted by Wes 1 comments 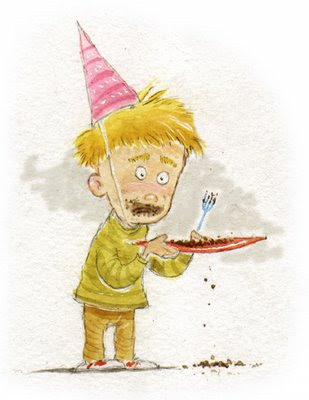 Sam and the Firefly - An Analysis P.D. Eastman, Wikipedia says, was a protege of Dr. Seuss. His Go, Dog. Go! is a staple of the beginning-to-read set, and his Are You My Mother? is always welcome around my house. But for my money, Sam and the Firefly is not only Eastman's crowning achievement, it is also a compact, brisk, efficient course in storytelling, a small masterwork of character, plot and dramatic structure, far more accomplished than the much-more-famous, but ultimately-rather-meta The Cat in the Hat, and all achieved with a set of words designed for a 5-year-old to read. . .

BILL PEET AT THE ART INSTITUTE OF CHICAGO

August 23, 2008–May 24, 2009
Galleries 15–16
After a 27-year career working as Walt Disney’s principle animator and main “storyman,” Bill Peet devoted himself full-time to writing and illustrating children’s books. Along with sketches and storyboards from his Disney days, this exhibition features original works of art from 14 of Peet’s 34 published books, including Buford the Little Bighorn, The Caboose Who Got Loose, Capyboppy, Chester the Worldly Pig, Cowardly Clyde, Ella, How Droofus the Dragon Lost His Head, Kermit the Hermit, Pamela Camel, The Wump World, and the Caldecott Honor Book Bill Peet: An Autobiography.

Everyone’s Talking, but No One’s Saying Anything

Tamara and I have attempted to break through some of these obstacles by posting our own freelance income report each month. Of course, we didn’t do that early on when we were happy to make a couple hundred dollars a month, but that’s mostly because we hadn’t thought of it yet. We really want to try to take some of the mystique out of freelancing, so that’s why we made the decision to post those reports. . .

The Fear of Success

ARE YOU AFRAID OF SUCCESS? A SURPRISING NUMBER OF TALENTED PEOPLE ARE. TO FIND OUT IF YOU'RE ONE OF THEM, TAKE OUR QUIZ ON PAGE 110. THEN TAKE HEART. THE DREAD OF DOING WELL IS ROOTED DEEP IN THE UNCONSCIOUS, BUT YOU CAN OVERCOME FEAR OF SUCCESS.

(FORTUNE Magazine) – "An amazing day. Amazing. I don't know how it happened. He had played so great. It was the strangest turn of events I've ever seen. I feel so sad for him." So said Nick Faldo about Greg Norman, while wearing the green jacket that everybody, including Faldo, had assumed was finally going to be Norman's at Augusta this year. The man is a mystery. Far and away the biggest moneymaker in pro golf, he wins and wins and wins--until he gets to a major tournament. At the Masters, he took a six-stroke lead and the next day, in just five holes, handed his six strokes and then some to the guy behind him. He's done this not just once, not twice, but over and over and over again...

What is it about Norman that is so riveting? Maybe we recognize in him something of ourselves. In a world that seems determined to sort out winners from losers, he is that terrible enigma: a gifted loser, a player who clearly can win but, when the stakes are highest, somehow hamstrings himself. It almost looks as if he's doing it on purpose. And yet, how could he?

You don't have to be a sports fan to see the parallels between golf and business ... But hold on. Most often, being your own worst enemy is a far more subtle thing... 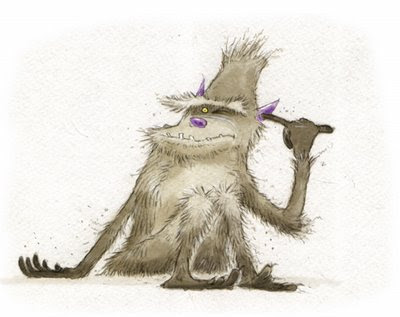 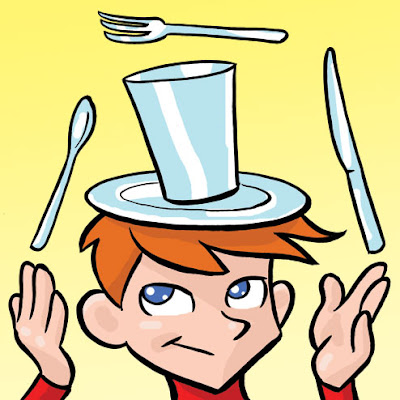 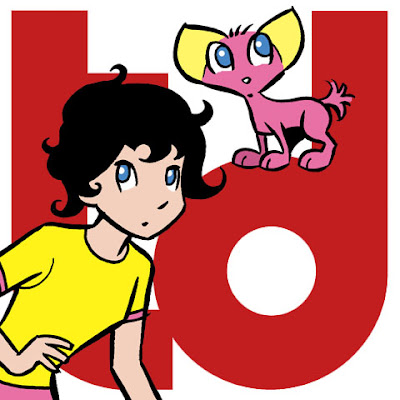 SNL - Save the Funnies

My son has enjoyed reading two books I discovered recently, both written by kids, both Best-Sellers. I ran across both of these by chance, and am now looking actively for other books by young authors. My kids find it encouraging and inspiring and actually, so do I. 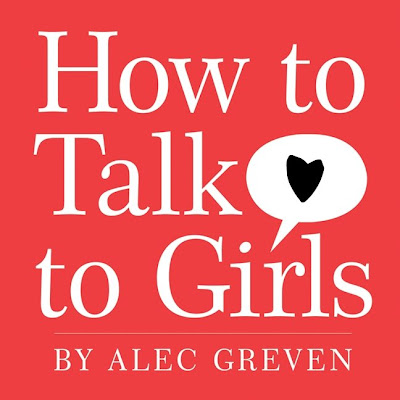 Alec Greven wrote How to Talk to Girls when he was nine years old. This book is a result of his research. Initially, Alec self-published and was discovered by a publisher at a book fair. He has written two sequels, How to Talk to Moms, and How to Talk to Dads. 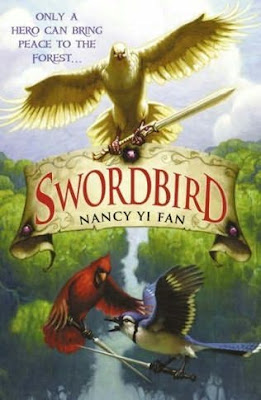 Nancy Yi Fan began writing Swordbird after 9/11 and a dream she had. She was inspired to write a story for a world at war, with a strong message of peace. Swordbill was published when she was twelve years old, with an initial print run of 50,000 copies. It made the New York Times Best-Seller list. She has written a prequel, Sword Quest.
These are both great books and we recommend them. Both are currently on the book shelves at B&N and can be found online as well.
Posted by Ted Dawson 1 comments 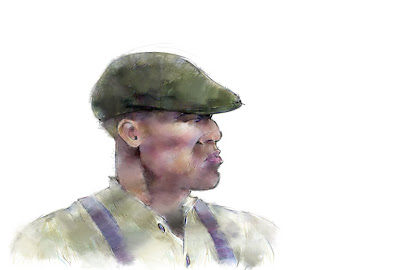