When Comicon was actually a comics convention...

Okay, gang, it's name-dropping time again! Recently, I was guest of honor at the San Diego Comic Convention, and what a terrific Con it was. Let me just take a minute to thank Richard Butner and Shel Dorf for being the best hosts possible, and -- while we're at it -- I thought you'd like to know some of the really great guys I ran into out there.

First of all, there was Jerry Siegel, the creator of Superman, looking as young as he did when he used to toil her in the Bullpen. Then, there was artist-writer Don Rico, now teaching a course in comics at UCLA, and as much fun to bend an elbow with as when we were both teenage rookies in the early days of comics.

Sci-fix greats Ray Bradbury, Ted Sturgeon, and George Pal would have made the Con a success by themselves -- and next year I hope we can spend still more time together. 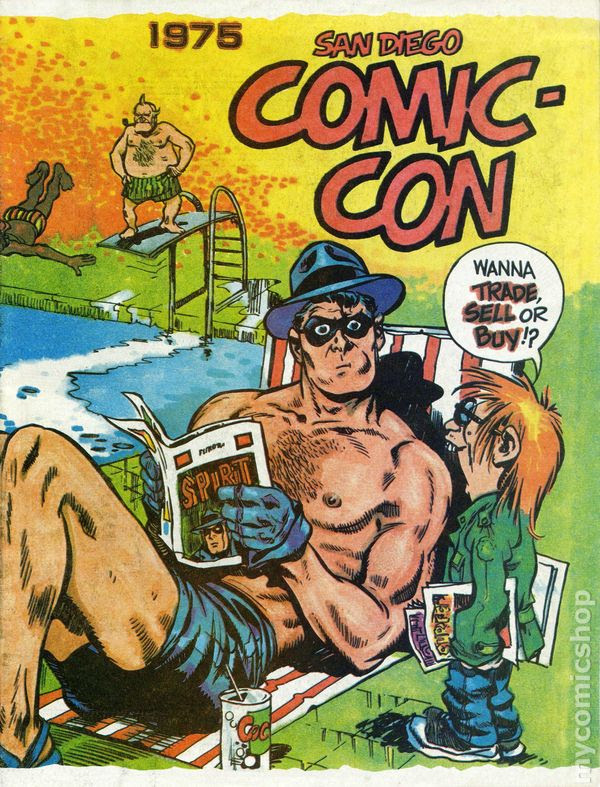 And what's a ComicCon without my ol' pal Will Eisner and me tryin' to upstage each other on the podium? And you should'a seen the great sketch that MAD's Sergio Aragones presented me with -- if I thought I looked that way I'd shoot myself! (Put the gun away, Forbush -- I'm only kiddin'!)

It was great seeing Mell ("Miss Peach" and "Moma") Lazarus again, even if I do envy the fact that he's moved to the West Coast! And, helping me judge a costume contest, was none other than Jim Steranko, who's really a great judge ('cause he agreed with all my choices!)

And let's not forget the mighty Marvel contingent! There was Marv Wolfman, all over the place, as budding artists and writers pursued 'im like mad with their samples. Also, it was a real treat running into Russ Heath, Jim Starlin, Ernie Chua, and not only Jack Kirby -- but the whole captivatin' Kirby clan -- son, daughter, grand-daughter, and Jack's lovely wife Roz.

Hey, I almost forgot -- Chuck Norris, one of the greatest martial arts experts of all, gave an exhibition I'll never forget -- and you'll be reading more about it in our own kung-fu mags.

Yep, it was a real classy Con -- and it'll give us something' to shoot at this Easter when we have our own Marvel Con in New York. (And those of you who attended our last Con don't haveta be told -- we're pretty good shooters!)

Two more things I've gotta say before we wrap this up. I also met Captain Sticky and Gabe Wisdom. Captain Sticky is a real, live, costumed superhero who's become a sensation on the West Coast. You'll be seeing him soon in some of our comicbook yarns, so I won't say much more 'cause I don't wanna kill the surprise. But I'll tell you this -- the guy is too much! As for Gabe Wisdom, he's a radio personality who's been doing a Thor act in Hawaii and on the Coast, and he's so great at it that I've gotta find a way to get him to our Con this Easter -- along with Captain Sticky.

Yep, there's a lot of fun and excitement coming your way, gang, so stay tuned to Marvel and, while you're waiting, never tickle a tousled tadpole, 'cause the eyes of Marveldom are ever upon thee!

This is a recent poster design. I drew it in ArtRage and then worked on it some more in Photoshop. It was inspired by this awesome photograph of a fennec fox kit by In Cherl Kim, the PR Manager of Samsung Everland, a theme park in South Korea. 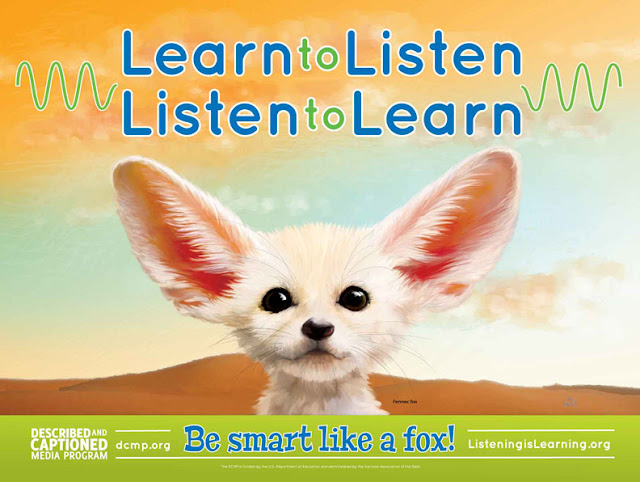