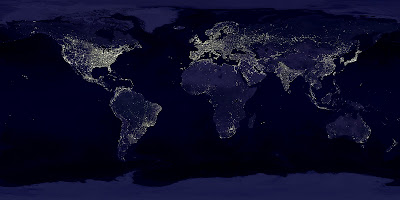 SYDNEY (AFP) - Twenty-six major cities around the world are expected to turn off the lights on major landmarks, plunging millions of people into darkness to raise awareness about global warming, organisers said. 'Earth Hour' founder Andy Ridley said 371 cities, towns or local governments from Australia to Canada and even Fiji had signed up for the 60-minute shutdown at 0900 GMT on March 29. "There are definitely 26 (cities) that we think, if it all goes to plan, we are going to see a major event of lights going off," he told AFP. Cities officially signed on include Chicago and San Francisco, Dublin, Manila, Bangkok, Copenhagen and Toronto, all of which will switch off lights on major landmarks and encourage businesses and homeowners to follow suit.