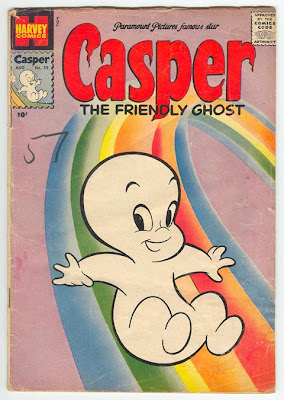 I just love this cover. Here's to all the unsung color engravers.

Note: This was drawn by the inimitable Warren Kremer, who also probably colored it.

Edit: After some research, it looks like this was actually drawn by Steve Muffatti, awesome Harvey artist and Fleischer animator. 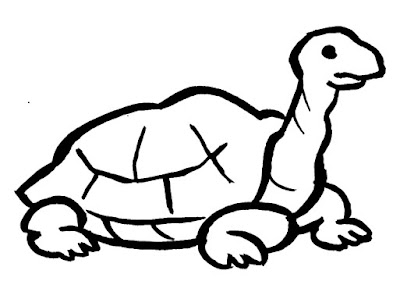 While looking through the picture books at the library in search of inspiration, I stumbled across illustrator Robert Papp. His paintings are full of life, character and seem to glow with light. What struck me as much as anything about Papp's work is how each page is a finished painting, something uncommon in realistic picture books. Wonderful stuff. 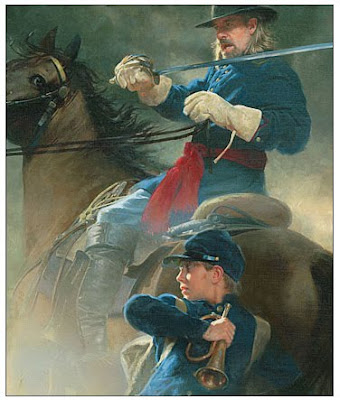 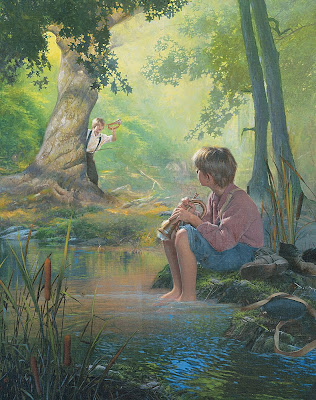 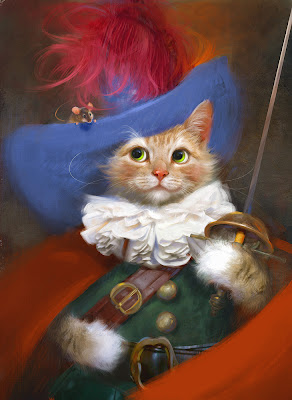 One of the best reads I've had in the past few years was Superman: Secret Identity by Kurt Buseik and Stuart Immomen. Buseik brilliantly reinvented the Superman / Clark Kent character by jettisoning all the crazy baggage he's accumulated over the past 70 years. The result is a sympathetic, believable Superman, which arguably hasn't been seen since his first appearances. Buseik also demonstrated that Clark Kent is the "real" person in the stories, not Superman. 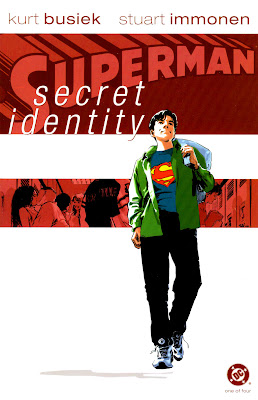 The story starts out in the "real world" with the rather silly concept of a normal boy named Clark Kent. Young Clark goes through his childhood handling all the Superman jokes in a good-natured way until one night when he discovers he can fly. He keeps his secret, as hard as that might be for a teen-age boy, when he learns the hard way how others want to profit from the knowledge. In this world, Superman becomes the secret identity, not Clark Kent. 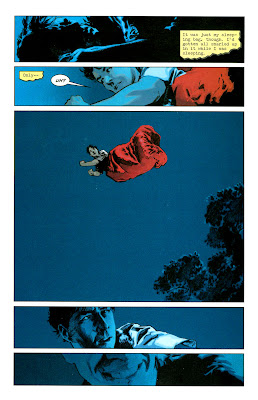 Immomen's sketchy, realistic style and mood-setting coloring pick up where the words are unable to travel. In his own way, Immomen's drawings are more convincingly real than the life-like paintings of Alex Ross. Buseik clearly understands the power of using no words in a powerful sequence of visual storytelling by Immomen. This book is simply the perfect melding of writer and artist. 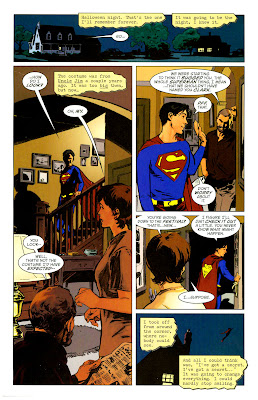 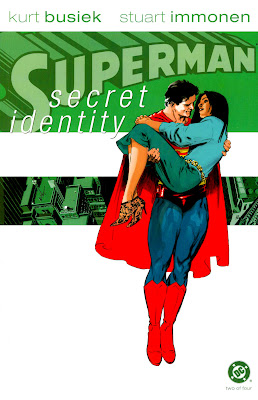 I find these gems at our awesome public library. I just might hit the comic shops more often, but I like to go with my kids. While things are improving, there's just too small a selection for them. And I just can't physically shield them from stuff like Marvel Zombies. So I discover things late, but the library, while not having much in the way of discriminatory tastes in trade paperback comic books, is enough for me.
We did attend the local, semi-annual comics convention this weekend. The kids walked away happy with several Archie, Richie Rich, Casper, Hot Stuff and Donald Duck comics. But what was sad is that they felt like they needed to keep their eyes down a lot, afraid that they'd see some gross or scary comics. I dunno, maybe we'll have to start up a Kids' Comics Convention, like they've done in New York.
Posted by Ted Dawson 2 comments 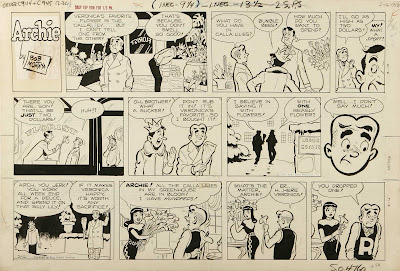 Somebody once told me that Mort Walker liked my comic strip.
Somebody else once told me that Sparky Schulz would have liked my comic strip if he had lived to see it.
One time a guy in Texas sent me home-made beef jerky in exchange for signing a newspaper photo copy of my comic strip.
One of my comic strips appears in The Official Nora Roberts Companion.
I'm pretty sure my comic strip set a record by being with a different syndicate each year it was in newspapers.
Somebody once told me it doesn't matter how good you are.
Writing and drawing a comic strip is pretty hard unless you don't care what anybody thinks.
The only thing worse than being a bad cartoonist is being a stupid cartoonist.
My "beans don't have mommas" strip appeared in a PETA newsletter.
One time I drew a whole month's worth of daily strips in a 48-hour period.
Posted by Ted Dawson 4 comments 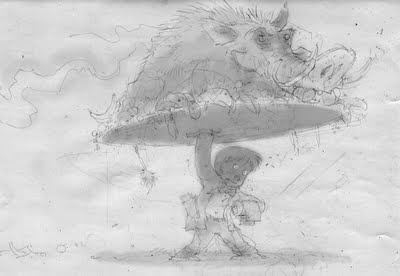 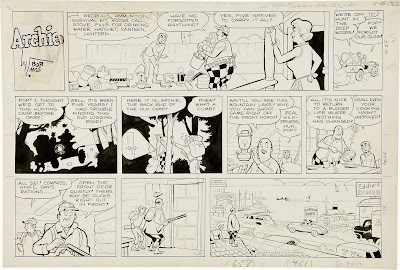 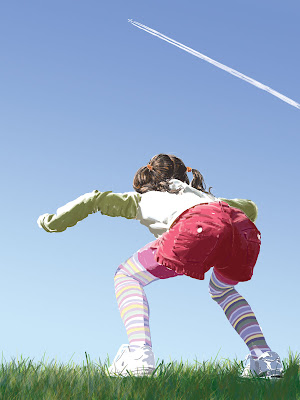 I'm working on a proposal for a new picture book, entitled Jump!
I'm painting this one digitally in Photoshop on my Motion tablet pc. It has more undos than my watercolor paper.
The model is my 8-year-old daughter.
Posted by Ted Dawson 2 comments 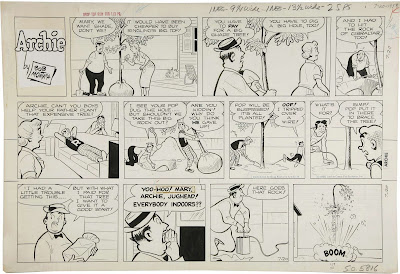 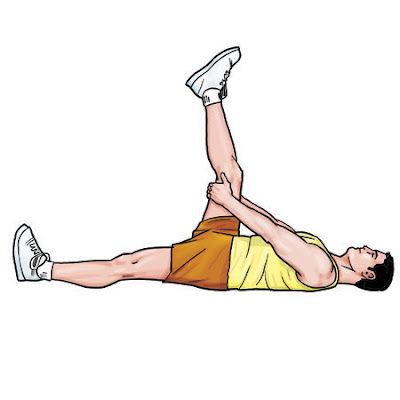 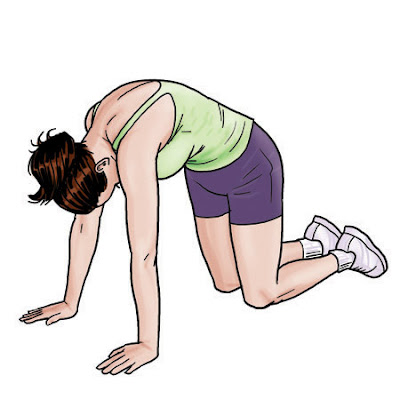 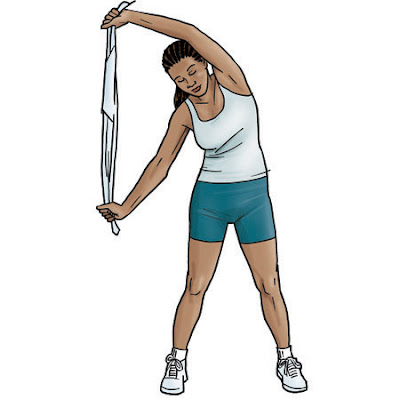 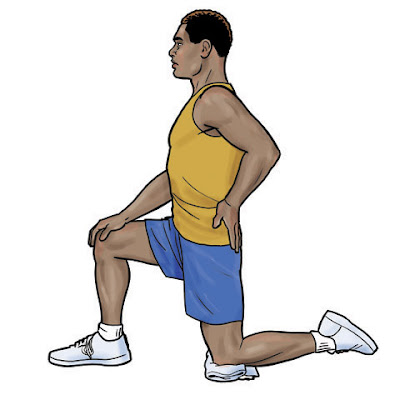 These are some drawings for a recent job. Believe it or not, my wife and I were the models. That leg stretch was surprisingly difficult. I could stand to get a little more exercise in.
First time I uploaded them, everybody's skin was purple. Finally realized I forgot to convert from CMYK to RGB before uploading. Weird.
Posted by Ted Dawson 1 comments 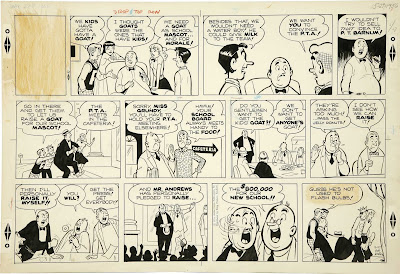 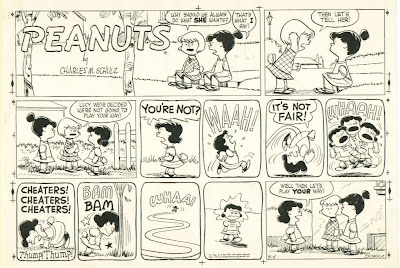