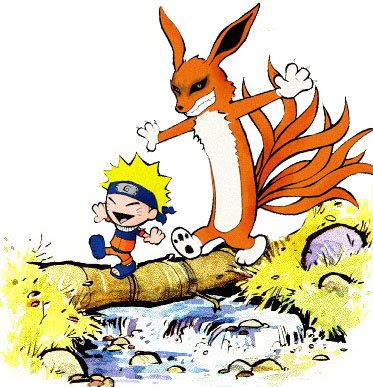 Calvin and Hobbes, the popular comic strip by cartoonist Bill Watterson, is scheduled to be re-launched in newspapers around the world this summer, but with a twist: Calvin and Hobbes are going Manga.
Universal Press Syndicate comics editor John Glynn said, "We have been trying to get Bill to start doing Calvin again for years. He always said he wasn't interested. But then we introduced him to (Japanese cartoonist) Yuki Yoshiro, and everything just started clicking."
The new Calvin and Hobbes is expected to debut in over one thousand newspapers this summer, the largest number ever by any comic strip. Bill Watterson plans to continue writing the comic, with Yuki Yoshiro taking over the art chores. Watterson, known for being reclusive, was not available for comment.
Universal Press Syndicate, an Andrews McMeel Universal company, is the world's largest independent syndicate and provides syndication for a number of lifestyle and opinion columns, comics, and various other content. Some of the most popular columns include Dear Abby, Ann Coulter, Roger Ebert, William F. Buckley and News of the Weird.
Link
Posted by Ted Dawson