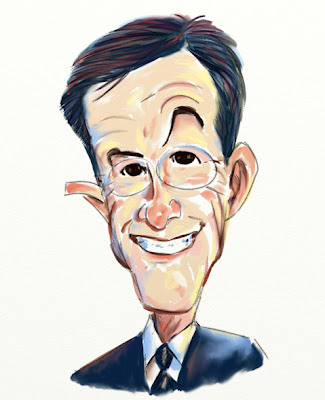 Demorepublicratic Presidential Candidate Stephen Colbert: Political Enigma or Publicity Enema? Stephen Colbert announced his candidacy in running for President in both the Democratic and Republican Primaries, but only in his home state of South Carolina. If Colbert makes it on both tickets, how can you lose? After all, More Americans get their news from The Colbert Report than ABC.®
Posted by Ted Dawson