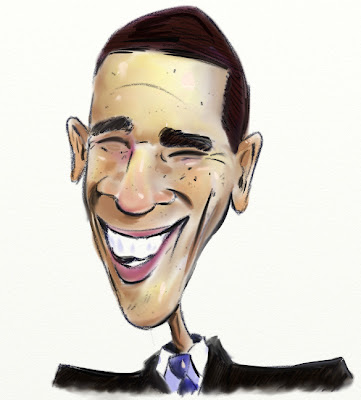 Obama-bama, bo-bama, banana-rama, bo-bam, O-BAM-A!
Obama shines as the potential frontrunner in the Democratic primaries, even though polls show 97% of Americans don't know if Obama is his first name or last name. Says Mr. Barrack, "It doesn't matter, as long as people vote for one of my names."
Democrats in Iowa say Obama is the man! Well, most... um... a LOT of them do. A little less than half. Actually, we don't know how many people, since they don't vote, but stand in circles and try to rally their neighbors to their side. "Red Rover, Red Rover, let OBAMA come over!" It's a very weird thing, the Iowa caucus. But it's cool.
Posted by Ted Dawson