The economy of White River Junction, an aging railroad town in Vermont, has been revitalized by an unlikely source: cartoonists. 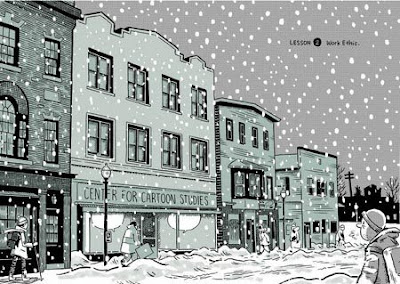 The Center for Cartoon Studies, one of the few cartooning schools in the country, attracts a million dollars a year into the local economy, according to the school's president. That's not bad for something that was just a dream a few years ago.

The center opened its doors in June 2005 and occupies a building that was formerly Colodny's Department Store.

"We opened here for a lot of reasons, but mainly so we could support the town's revitalization efforts, and lead those efforts by attracting a young, vital audience," says Michelle Ollie, CCS's co-founder and president.

"Not only have they brought in new and interesting activities," he says, "they've brought in a student body, which has helped bring in a new sense of energy and vitality in the downtown. Meanwhile, their activities and operations continue to attract new visitors."

"When I first moved here in 2004, the village was quite desolate," says Ollie. "But we knew bringing 25 to 30 students, a young demographic, into a town with a population of 2,500 would have a significant impact."

Ollie has tracked that economic impact since the beginning. Between rent, tuition, taxes, food and other expenses, the school's operations and its students now bring a million dollars worth of business to White River Junction ever year, she reports.

That impact can already been seen in the buildings and stores along White River Junction's Main Street.
"Apartments that hadn't seen attention in years are getting major renovations," says Ollie. "Homes are being bought and renovated to become apartments to rent to students. People are reinvesting and taking pride in the community again. 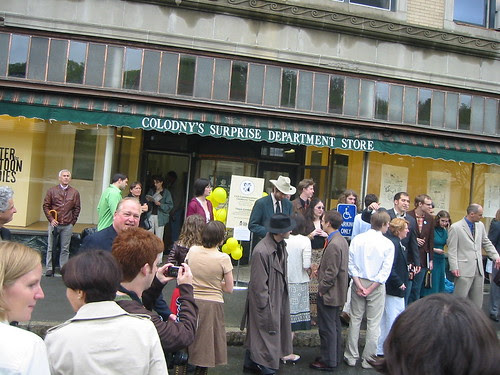 "The average age of our students is 24, which makes them very good tenants," says Ollie. "They're a very focused group. All they do is drink coffee and draw. There's less drinking and more dinner parties" than in other college towns.
Local businesses have recognized the economic opportunities. . .