Five pages of original art from the first Harvey Comics version of Casper. I've read that the numbering system for several old comics is faulty, and here's a case in point: This is from issue #6 of Casper, but it's the first one published by Harvey. Issues 1-5 were published by St. John Comics. I believe Dell published some Casper comics prior to St. John. 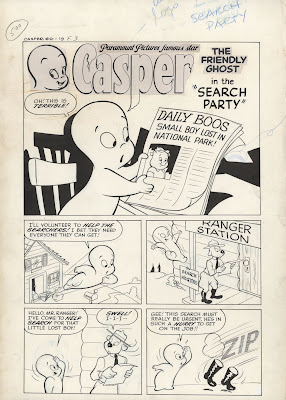 This kind of numbering system was not uncommon back then. Sometimes even the titles of books were changed, while keeping the numbering system. Understandably this causes consternation for collectors. 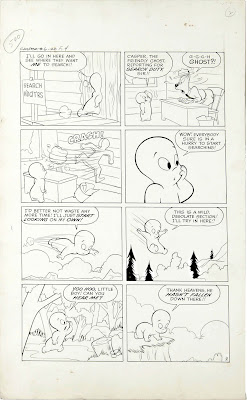 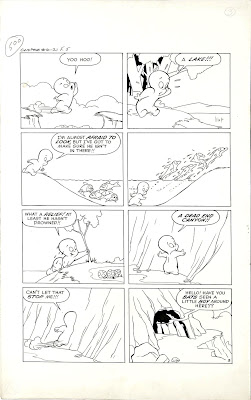 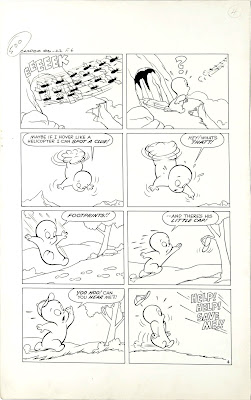 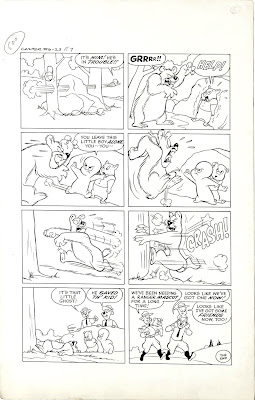 I'm not 100% certain, but I believe this was drawn by Warren Kremer. The art dates to 1952.
Posted by Ted Dawson