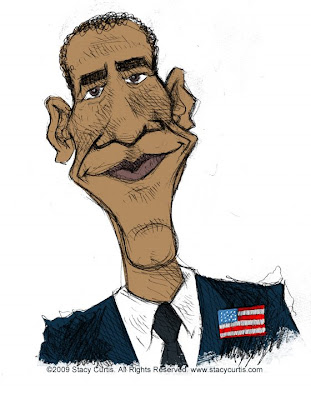 I did this quick pencil sketch while watching pre-inauguration coverage. This is where my mind is today.
It's a weird feeling having your State Senator become President of the United States.
Despite what you may have heard about our governor, we are proud of our Senator.
There's excitement in the air, not only in Illinois, but everywhere.
I wish I could be in D.C. today to be a part of the huge crowd that will witness such an important part of our nation's history.
I was there in Grant Park in Chicago on the night Barack Obama was elected President and that was enough for me. I will never forget that night. 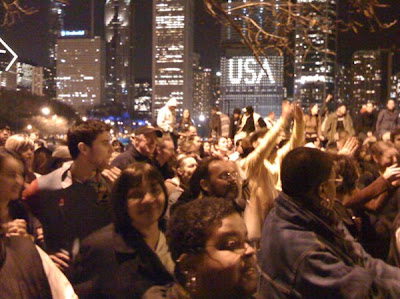 Some of the crowd in Grant Park, the night Obama was elected President.

Here's to believing he'll make good on his promise of CHANGE. I have HOPE.