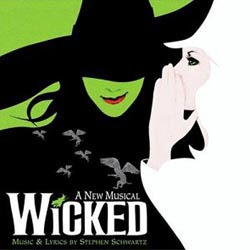 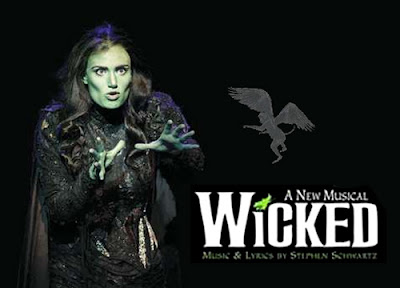 I'm attracted to the character, Elphaba, a.k.a. The Wicked Witch of the West. I always have been, but Wicked adds layers and layers to her character that I couldn't have ever imagined. Is she Wicked, or is she just misunderstood? I'm very caught up in this wonderful story.

For an illustrator, Wicked is wicked cool! There's just so much for your eyes to see! The details that Susan Hilferty put into the costume designs are just mind-blowing. Behind-the-scenes, we got to see the buttons on the guards' coats...they have OZ on them. And yet, sitting in the audience, you'd never ever see that tiny detail.

We learned that Wicked was being considered as a movie, when a call went to the folks in Hollywood to say, There's music in this story! So the search for a screenwriter for Wicked ended and it became a hit musical.

Wicked is an amazing experience.

I'm begging my wife for tickets to see it one more time.

Read the book, go see the musical and tell Elphaba, I sent you.

Links:
Wicked, the musical
Wicked, The Life and Times of the Wicked Witch of the West by Gregory Maguire